Your tarp will take 8 weeks from order to ship date

Custom Tarps For Every Outdoor Adventure 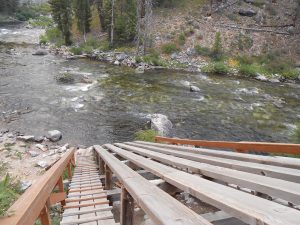 I fell in love with the outdoors, and especially the river, at a young age, with a lot of influence from my parents.

I have also enjoyed sharing that love with others and I spent several summers working as a river guide.

Over the years, I noticed that if we could keep everyone & everything dry in the rain and cool in the sun, the trip would be so much more enjoyable.

The idea for Dragon Fly Tarps began in 2003, when I began designing & sewing up my own tarps and rainflys, simply because I could not find anything that was suitable and affordable.

Everything that was out there was either not right, too heavy, cumbersome, or expensive.

I built one that better suited my needs, and it worked amazingly well, albeit somewhat flashy.

I brought it on one my upcoming river trip, and a few of my friends liked what they saw. They wanted one of their own, so I built one for each of them. I thought that this was the end of it.

Then, one afternoon, I got a call from a complete stranger, saying that they saw someone use my Tarp, how much they liked it, and asked for my contact information.

But, as you know, everyone have their own needs & wants. They wanted a Tarp that was somewhat bigger. I obliged, and went to my drawing board. I came up with a design that has since held up to years of abuse and is still turning heads on the river.

At the beginning, I drew, cut and sewed the Tarps in my Basement. I only made a few, here and there, for people who happened to see one of my Tarps somewhere.

I started making the Tarps in my basement, when time allowed me. It was one here, one there, and my friends all understood that this is more of a hobby for me, so they waited patiently until I got to make a tarp for them.

Then, a few years ago, a local friend named Sandy, saw my Tarp and said "I could sew this". It was then that I realized that this is could actually turn into a real business.

After finding and renting a small space in Arco's Business Incubation Center (BIC), I took her up on her offer, and she started making the Tarps.

During that time, we expanded from 1 sewing machine to 3, each one specializing in one or more aspects of sewing the tarps. It was a great step forward in our ongoing journey, and we enjoyed being at the BIC for a couple of years.

Slowly, but surely, more orders were coming in, the word about our Tarps kept on spreading, and between our new website and lots of word-of-mouth referrals, business was good.

At the same time, I designed and started to make custom Tarps for Vans, Jeeps and Campers. This also meant the we needed new machinery and more space. Simply said, we outgrew the space at the BIC. Wee needed to flourish, grow and expand.

We took a giant leap of faith in October 2018, and moved to a large commercial space with a store front on Arco's main street. We now have 20x the space we had in the BIC, and we are producing more and more tarps, with a nice backlog of orders.

We also hired Sandy's husband, Oded, to be our General Manager, using his extensive experience in all aspects of running a business - from sourcing new, better and less expensive suppliers to marketing, sales and expansion. His experience in finances, operations and running larger as well as smaller businesses in his past will definitely take us further in our journey.

Where will this journey take us? We're not sure, but what we are sure of, is that we continue to produce Tarps that are superior in design & quality to anything that is on the market, at affordable prices, within reasonable production times.

Each Tarp is made to order, according to the customer's wishes & wants. Custom orders are our standard, and we continue to collect many happy customers from all 50 U.S. States, as well as a few international customers.

I would like to thank my dad for his ideas and support for my rainflys (as they were initially called) and all of the research and development that he has done for me, as well as his good word and invaluable experience over the years.

I hope that you will enjoy your Dragon Fly Tarps as much as I've enjoyed designing & making them for you!